Travels with a Fish-Eye 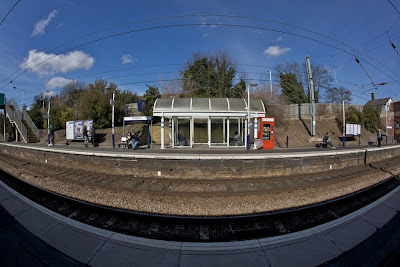 Five images taken during my train journey to Bath.

The first two are of Royston station.The motion blur go-faster stripes painted on the train make it look as if it is moving but the lettering confirms that it is stationary. 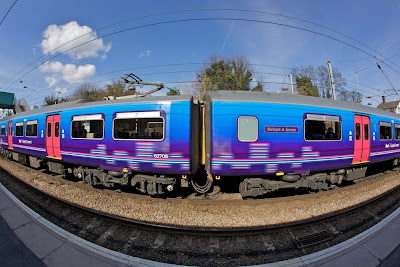 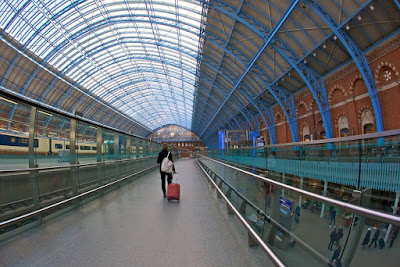 The third image is St Pancras with the International terminus to the left. I like the complimentary colours in the brickwork and ironwork. Even the lady's suitcase matched. 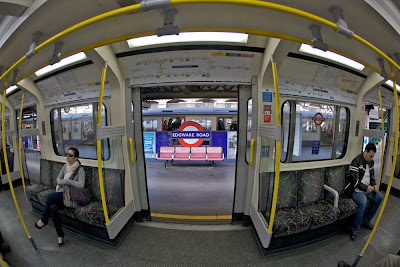 The fourth image was taken on the Circle line to Paddington. I managed to get central to the open door and it was lucky that a person sat on each side of the frame and are both using ipods. 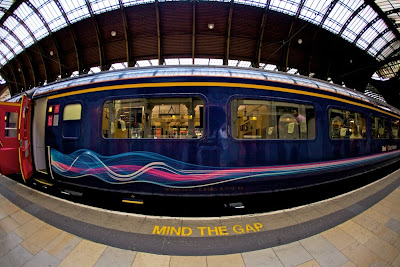 The fifth image is another take on 'Mind the Gap' with a Great Western train at Paddington. This one needs a larger image as ther are lots of interesting cameos inside the train.

Some great images - beginning to wish I had a fisheye lens! What happens to images when one uses a fisheye lens in portrait format? Buildings could look intersting...

Love Edgeware Road (which is more than can be said in reality!). Great fisheye shots, which seem to work really well when there are (were?) strong horizonal lines.