I tried various methods in an attempt to photograph a Female Emperor Moth. The moths are on the wing from April onwards - this female has hatched from a pupa that was kept indoors over the winter (thanks Bryan!). It is a day-flying moth although the females do not fly much at all being quite content to sit on a twig, smelling nice and waiting for the males to flock in.
In our area the caterpillars feed on hawthorn, blackthorn, meadow sweet etc .
I like the first picture best though I know black backgrounds are generally frowned on. I placed some black paper against the window directly behind the moth so there is light coming through the wings. I used 1/32 power ring flash to slightly boost the colours. The second attempt has natural light through the wings and has picked up the green colours of the background. The one on the log is again a combination of very low power flash and natural light. All taken with 50 mm macro lens. 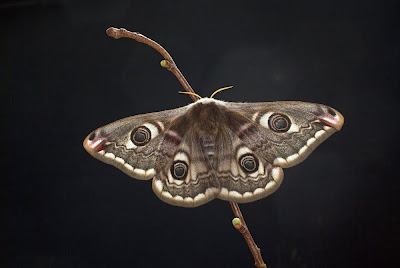 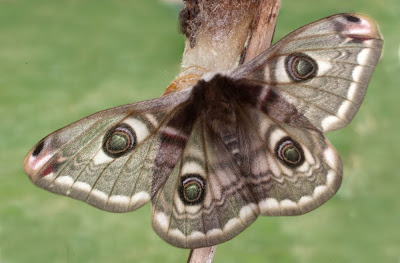 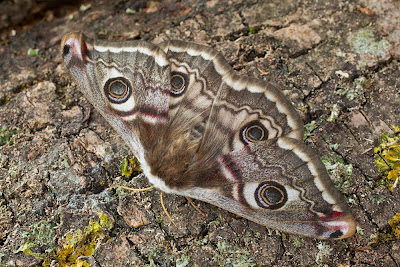