On Friday, after Kadriorg Park, I headed for Pirita where there are a number of  'attractions' from the Soviet era including two that will have to await another visit - The TV Tower and the Olympic Yacht Centre.
I did visit the Estonian History Museum as I had heard about the old Soviet statues left to rot in the garden. However, the Museum was closed for rennovation and the back cordoned off though I could see that the statues have been tidied up and put on plinths. 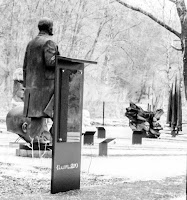 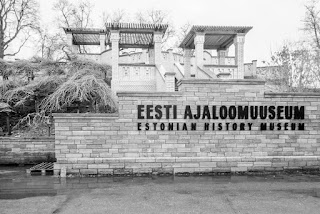 Nearby is the Maarjamäe Memorial, a large Soviet-era monument consists of an elegant bowed obelisk set amid a large crumbling concrete plaza. The obelisk was erected in 1960 to commemorate the Soviet troops killed in 1918. The remainder of the complex was built in 1975 as a memorial to Red Army soldiers killed fighting the Nazis. It was built partly over a war cemetery housing 2300 German dead, dating from 1941. The cemetery was rededicated in 1998 and is now delineated by sets of triple granite crosses in the style common to German WWII military cemeteries throughout Europe. A grey day to visit this Memorial and the adjacent Pirita Promenade but, just as the light began to fail, the sky cleared to a beautiful sunset over Tallin city(next post). 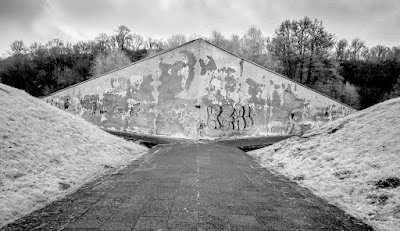 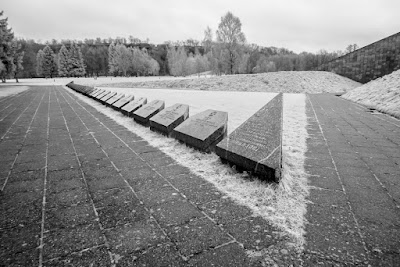 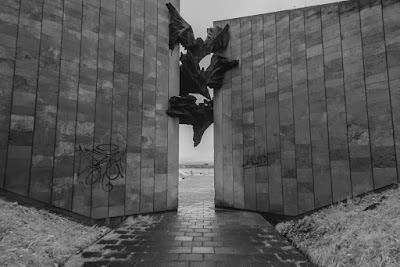 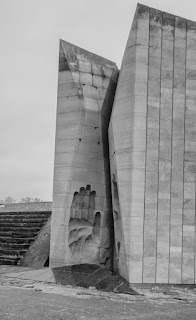 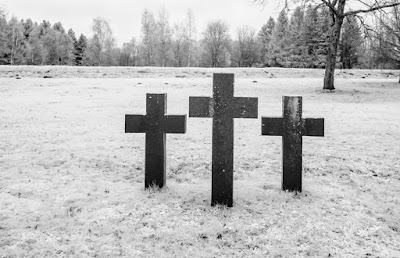 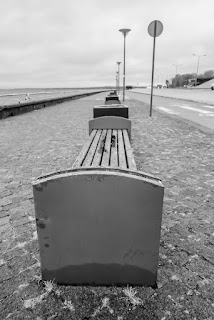 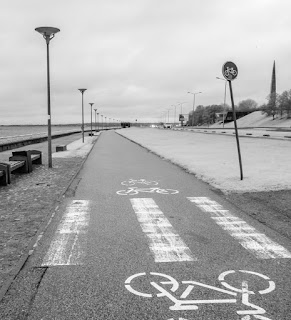 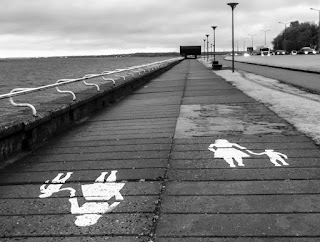 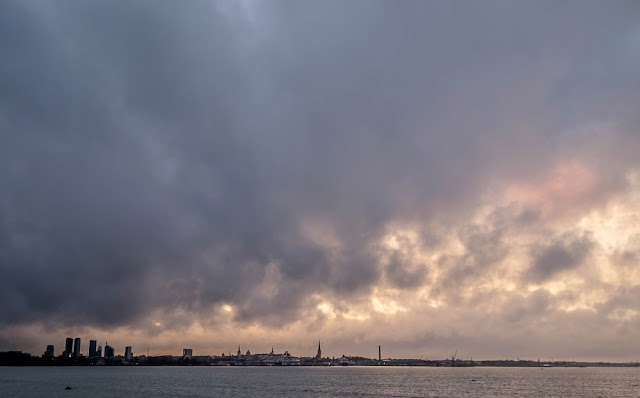