Sunday's forecast predicted a warmer and less windy day than lately so we made a visit to Strumpshaw Fen, predicting that Swallowtail butterflies and various dragonflies would be on the move. Certainly there were Swallowtails all over the reserve and some dragonflies including this very hairy Hairy Dragonfly. 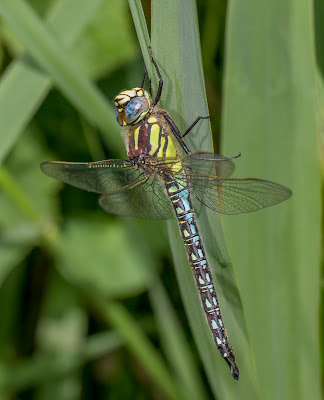 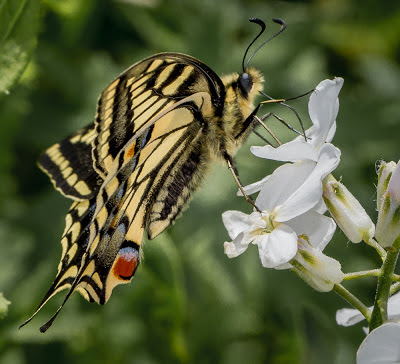 Although we found some interesting things to photograph, generally there were fewer insects around than a typical mid June visit. The spiders were the most abundant particularly the spiderlet balls everywhere. I also photographed the Furrow Orb Weaver, a Long-Jawed spider (Tetracnathidae family) and a beautiful Cucmber Spider (Araniella cucurbitina). 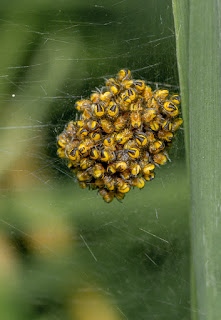 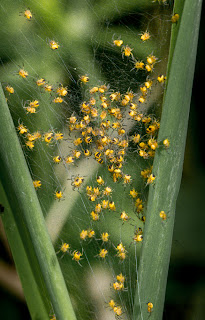 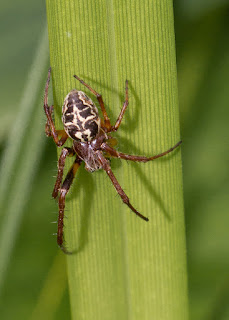 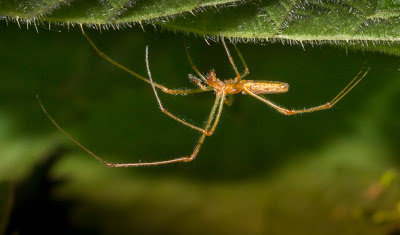 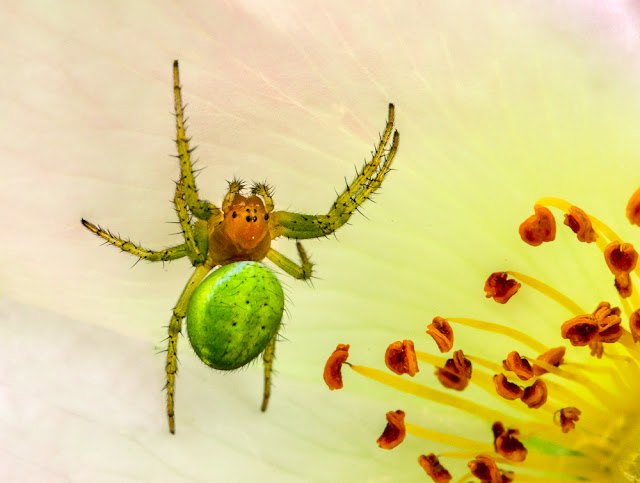 Among the other interesting species was the Ruby-tailed Wasp Chrysis ignata which looks like a minute fly, the hoverfly that mimics a bumble-bee  Volucella bombylans and the Scorpion fly Panorpa communis this one a female without the 'sting'. 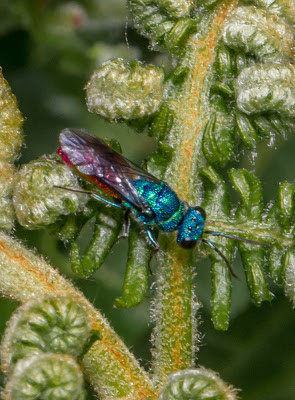 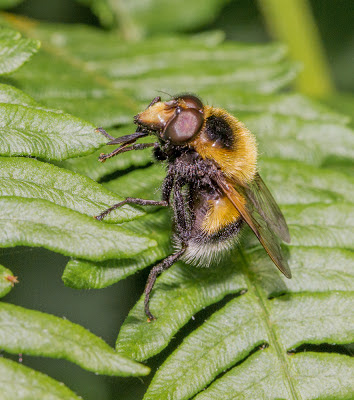 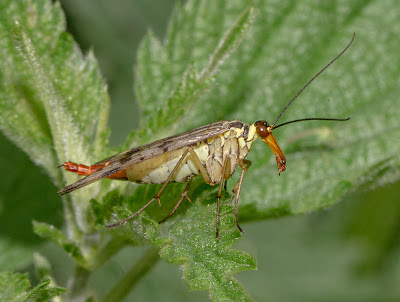