St. Peter and St Paul in Dry Drayton is my favourite so far of the churches we have visited because of its simplicity and light feeling inside. The building is substantial and consists of a chancel, an aisled and clerestoried nave with north porch, and a three-storey west tower. The tower is the oldest part of the present building and dates from the 13th century, as does the majority of the chancel and nave, with 14th century additions. The plain octagonal font dates from the 13th century. The main restoration was mostly carried out on the middle of the 19th century by William Smith at his own expense. Between 1851 and 1853 he reconstructed the chancel, approximately to its ancient length, providing new glass as a family memorial. Between 1859 and 1862 he restored the nave, clearing away the old pews and a gallery. He attempted to straighten the North aisle but it still leans at a worrying angle. A. W. Hamilton-Gell gave an organ in 1881. 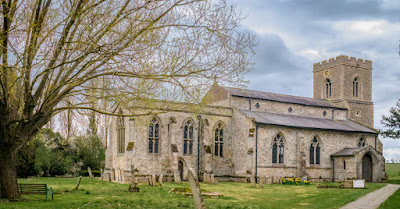 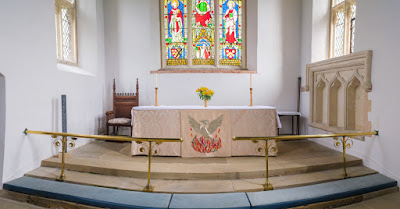 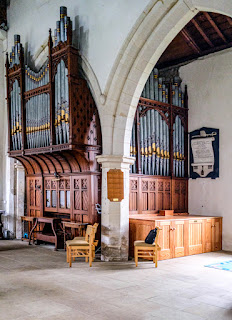 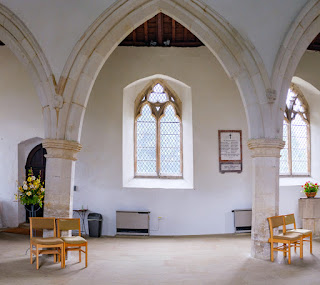 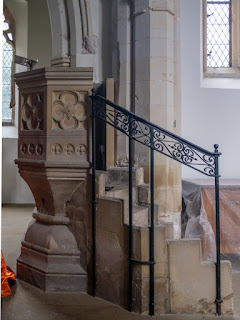 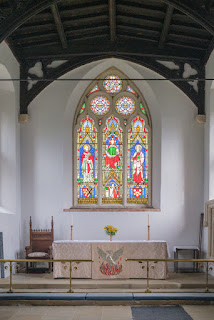 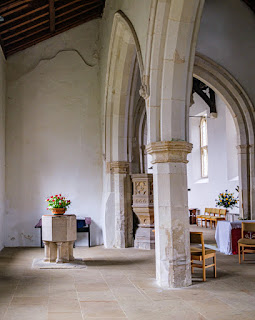 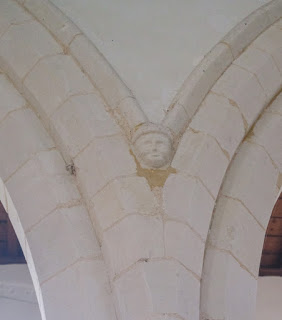