I took the train to Cardiff Bay from Rhiwbina station, which is close to the Travelodge in Whitchurch. It was only £2.05 there and back including a stop off in Cardiff City Centre.

It is two and half years since I visited the Senedd building. The main public building of the National Assembly is an open building into which you can walk, have a cup of coffee in the Oriel on the upper level, and go into the public galleries from the Neuadd on the centre level. It is a sustainable building, built of traditional Welsh materials such as slate and Welsh oak. It is also sustainable in the way it is heated; for example, the earth exchange system uses heat from the bottom of the old dock, on which the Senedd stands, before it became the area which is now Cardiff Bay. The large funnel recirculates the air in the building. 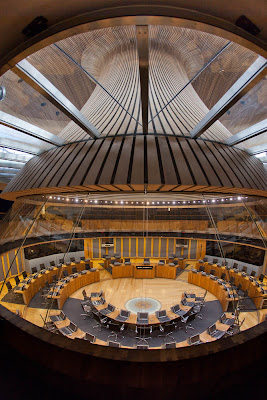 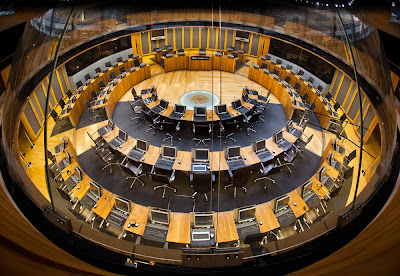 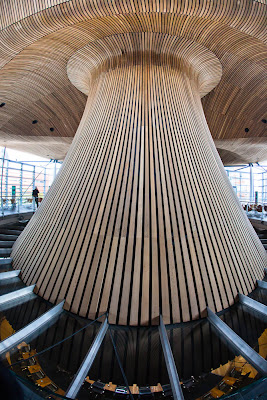 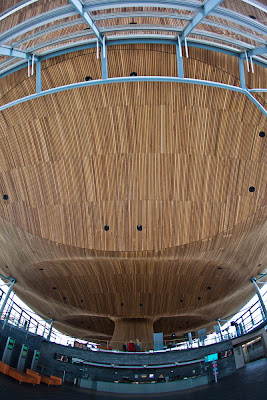 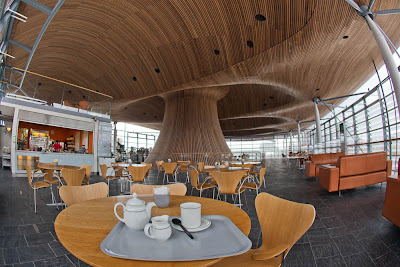 If ever a building were made for a fisheye lens, this is surely it! What a stunning place...

Yes and it is quite OK to photograph in - just airport security machines but then no restrictions.